How to Train Your Dragon: The Hidden World - Review 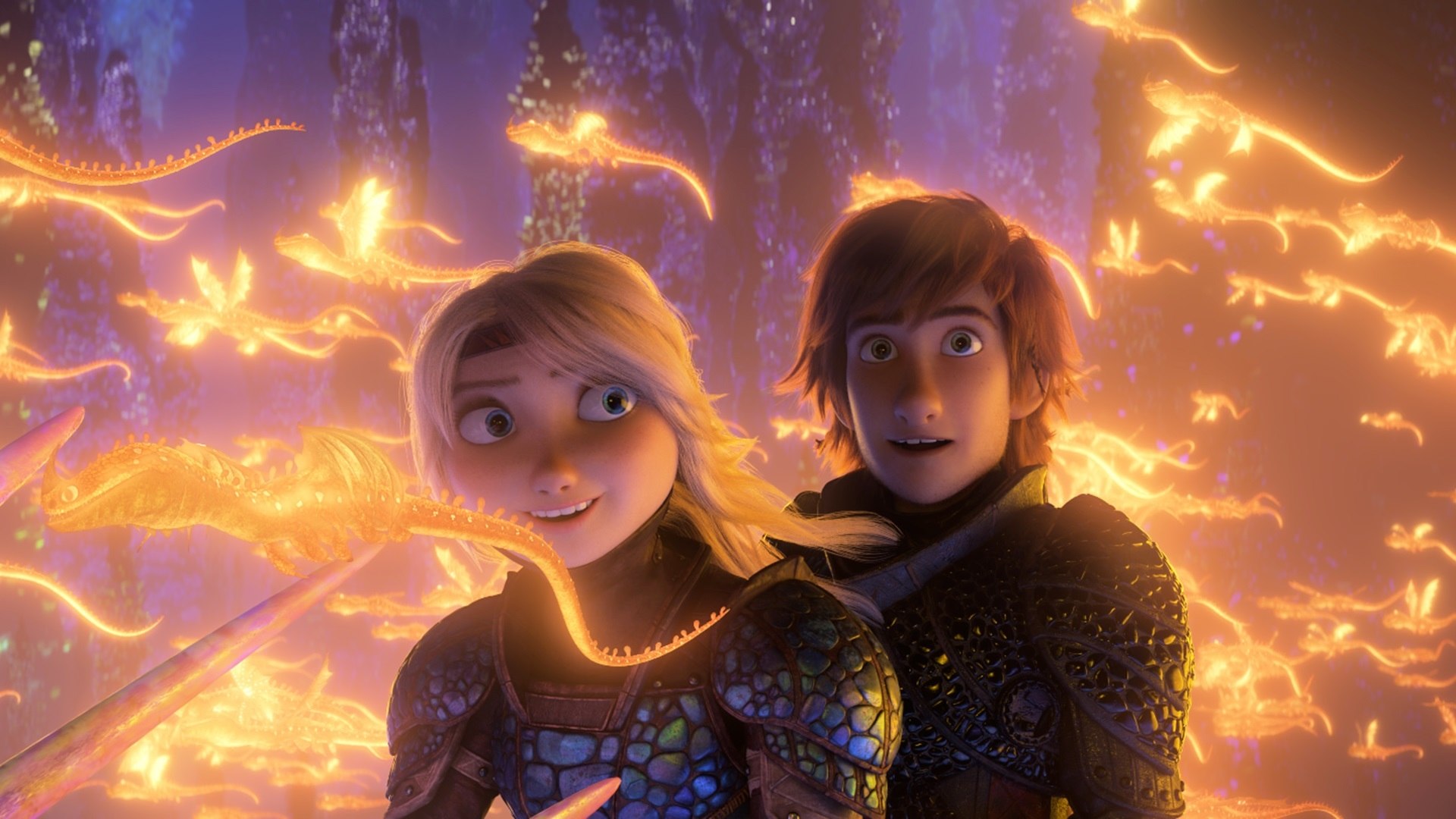 In an era dominated by animated franchises, few have matured as well as “How to Train Your Dragon.” Perhaps that’s because the filmmakers have actually allowed the characters to grow. Hiccup isn’t the scrawny kid we met nearly a decade ago, developing into a strong leader who can command an army even with the nasally voice of Jay Baruchel. As much as Hiccup has changed, his relationship with Toothless remains as charming as ever. Their story reaches its climax in “The Hidden World,” which delivers the best ending we could’ve hoped for. While not as fresh as the original film or as enthralling as its 2014 follow-up, director Dean DeBlois leaves us on a deeply satisfying note that feels just right.

Acting as alphas of their packs, Hiccup and Toothless have turned Berk into a human/dragon utopia. Not all is well in the rest of the world, though, as a notorious dragon hunter named Grimmel (F. Murray Abraham) is determined to make the Night Furys go extinct. Hiccup is convinced that the only place they can live in peace is a hidden dragon world his father Stoick (Gerard Butler) spoke of. With the aid of his girlfriend Astrid (America Ferrera) and his mother Valka (Cate Blanchett), Hiccup sets out to find a new home where his people and their dragons can co-exist. The dragon world and the human world may be inevitably separated, however, as Toothless is drawn to a Light Fury.

The best moments in this trilogy have always relied less on explosion and more on atmosphere. Once again, the filmmakers manage to get so much across through visual storytelling alone, particularly when it comes to Toothless and his girlfriend. From an adorable first date on the beach to an intimate flight through a storm, the spark between these two just lights up the screen. Hiccup naturally grows concerned that Toothless may be drifting away from him, but at the same time understands that his old buddy needs to stretch his wings. This isn’t the only life change Hiccup may be headed for, as he considers taking the next step with Astrid. “The Hidden World” isn’t just about letting go, but also looking towards new horizons, offering bittersweet messages that tie into the franchise’s overarching themes.

As wonderful as this film is, there are a couple areas that hold it back from being one of the all-time greats. Hiccup’s Viking friends get a laugh every once and a while, although they still come off as interchangeable and underdeveloped. If there’s one character who could’ve used more fleshing out, it’s the villain. Abraham undeniably crafts a menacing presence with a voice that slivers into your ear like a snake, but Grimmel’s motivations and backstory are fairly by-the-numbers for a story such as this. Then there’s the titular Hidden World, which looks phenomenal with miraculous attention to detail packed into every inch of the screen. It’s kind of a missed opportunity that only a few minutes are actually spent there, however.

Nevertheless, any gripes with the film are small potatoes when you stack them up against its strengths. The dynamics between our main characters are meaningful, the animation is increasingly vivid, and the action draws comparison to some of the best fantasy epics ever made. What’s more, it feels like the entire series has been building to this moment, closing the book exactly where it should. Of course, “Toy Story 4” is coming out in a few months even though the previous film seemed pretty conclusive. Maybe “How to Train Your Dragon” will also have more stories to tell later down the line, but for now, this is a flight off into the sunset we can all be happy with.